Four New Members on the Provincial Board of Directors

Réseau FADOQ is pleased to announce the composition of our new board of directors for 2022-2023, which will continue to be led by our president, Gisèle Tassé-Goodman.

There will be four new faces at meetings of the provincial board of directors: Sylvie St-Pierre (Centre-du-Québec), Line Dubé (Estrie), Robert Robidoux (Laval) and Lucie Hébert (Rive-Sud–Suroît). 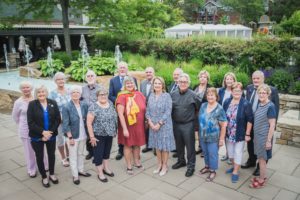 Thank you to board members who have finished their term!