Réseau FADOQ presents its advocacy platform and a video to put forward our demands to the candidates and citizens. The political parties will be able to make their ideas known during our French electoral debate, which will be broadcast live on Facebook on September 8. 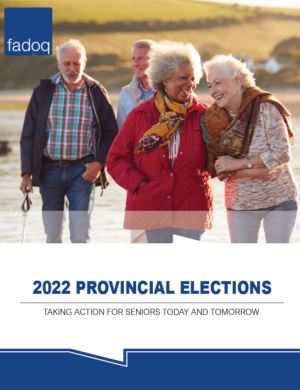