Private seniors residences: some gains and a refusal 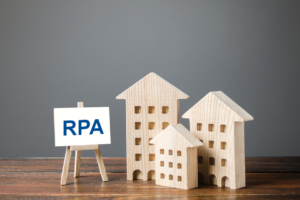 Réseau FADOQ has made significant gains on behalf of tenants in private seniors residences (known by the French acronym, RPA). Tenants will now have more support in defending their rights before the rental board (formerly the Régie du logement, now the Tribunal administratif du logement or TAL).  However, the government has refused to address a petition launched by FADOQ concerning financial abuse in RPAs.

First, the good news. FADOQ is pleased that Bill 67, passed in March, allows joint applications by tenants of the same RPA to the Tribunal administratif du logement (TAL). In addition, the Réseau’s recommendations regarding the accessibility and transparency of this challenge process have been heard.

The TAL can order the automatic extension of a joint application to all tenants in the same RPA who are similarly affected by a situation (rent setting, failure to meet safety standards, etc.). The RPA operator will be required to notify the affected tenants, who may opt out if they wish. The TAL may also order the RPA operator to send a copy of the joint application to the health and social services facility responsible for certifying the residence.

And, with this, another victory. One or more tenants of the same RPA may be represented at the TAL by a Centre d’assistance et d’accompagnement aux plaintes (complaint assistance and support centre) throughout the process, including the hearing itself.

Réseau FADOQ continues to lobby the Quebec government so that joint demands and challenges are also possible in the case of rent increases imposed on tenants.

Financial abuse: The government is avoiding the issue

Now for the bad news. In March, the Committee on Citizen Relations, on which Coalition Avenir Québec MNAs have a majority, refused to consider a petition concerning financial abuse in RPAs.

Launched by FADOQ and supported by 13,241 signatories, this petition came in response to the Regroupement québécois des résidences pour aînés’ (RQRA) and Groupe Maurice’s lobbying of the government to obtain permission to impose larger rent increases than they already are, and limit tenants’ ability to contest the increases. Réseau FADOQ has made ministers Andrée Laforest and Marguerite Blais aware of this issue.

The Réseau continues to be concerned about excessively high RPA rents, often compounded by the imposition of substantial and unfounded rent increases. Furthermore, it is unacceptable that tenants cannot refuse a rent increase if the building in which they live was built or changed use less than five years ago. In such a situation, tenants must accept the increase or leave their dwelling.

Also, seniors in RPAs have been penalized since the beginning of the pandemic because they have been paying for services that are not rendered and are not automatically reimbursed. Nevertheless, a recent TAL ruling allowed a tenant to obtain a rent reduction for services included in the base rent which were not rendered during the pandemic. In addition, certain fees charged without justification, including tray fees, were prohibited following an intervention by FADOQ.

The Réseau will continue to advocate for legislative changes to better protect seniors in RPAs from financial abuse. This issue is one of our main priorities.